This story of discovery starts in a time when colour was thought to be varying mixtures of light and dark, and that white light became coloured light after passing through prisms or lenses because it had been corrupted by them. A young man, who had returned home to Lincolnshire after the closure of his university due to the 1665-1666 plague epidemic in London, was experimenting with light and prisms, in his words;

"In a very dark Chamber, at a round Hole, about one third Part of an Inch broad, made in the Shut of a Window, I placed a Glass Prism, whereby the Beam of the Sun's Light, which came in at that Hole, might be refracted upwards toward the opposite Wall of the Chamber, and there form a colour'd image of the Sun."
(Isaac Newton, Opticks: or, A Treatise of the Reflections, Refractions, Inflections and Colours of Light first published 1704)

While this experiment could have been taken as proof that colours were produced by the prism; on experimenting further, Newton discovered that if he placed another prism next to the first, the colours were reunified into the original sunlight and he hypothesised that the colour must have been there all the time.

Newton carried out numerous experiments, took measurements of distances, angles, and made careful calculations. These formed part of his published scientific paper in 1672 where he explained his conclusions that "The Light of the Sun consists of Rays differently Refrangible". When sunlight hits the prism it is refracted twice, first on entering the prism from the air and secondly on exiting the prism back into air; and each colour has its own specific index of refraction. The visible result of these two refractions is that the different colours are separated into a spectrum of red, orange, yellow, green, blue indigo and violet – in fact all the colours of the rainbow! 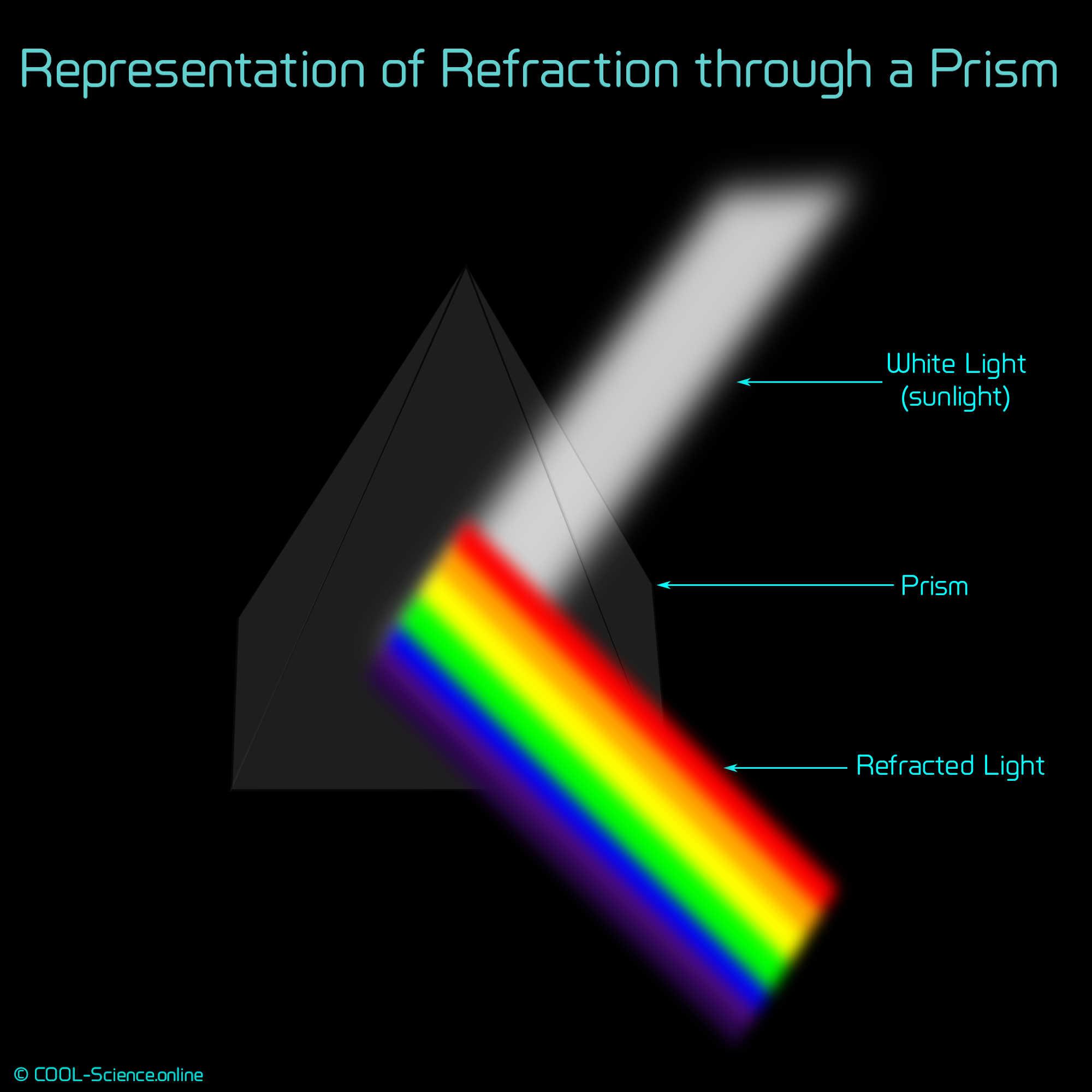 Proponents of each theory put forward convincing arguments and explanations on how light behaved when reflected and refracted, Newton in terms of particles whilst others such as Hooke, and Christiaan Huygens in particular, in terms of waves.

The particle theory won-out for a while, but in the 1800s it began to lose ground once again to the wave theory thanks to experiments and discoveries made by the likes of Thomas Young in his double-slit experiment (c.1802) demonstrating a wave interference pattern was produced by shining light through two small holes next to each other; Augustin-Jean Fresnel’s experiments concerning interference fringes, diffraction and his subsequent mathematical equations (c.1818); the discovery of Electromagnetic Radiation other than the visible light, first infrared radiation (William Herschel c.1800), then ultraviolet radiation (Johann Ritter c.1801).

James Clerk Maxwell’s studies of electricity, magnetism and light over a number of years and efforts to explain them mathematically, led to his formulating four partial differential equations for the electromagnetic field (c. 1864). Maxwell demonstrated that the equations predicted the existence and behaviour of electric and magnetic fields as waves; and that these waves travelled at a speed, according to his calculations, of 310,740,000 metres per second (1.0195×109 ft/s) which was approximate to the then known speed of light! From this Maxwell suggested that light is type of electromagnetic wave. 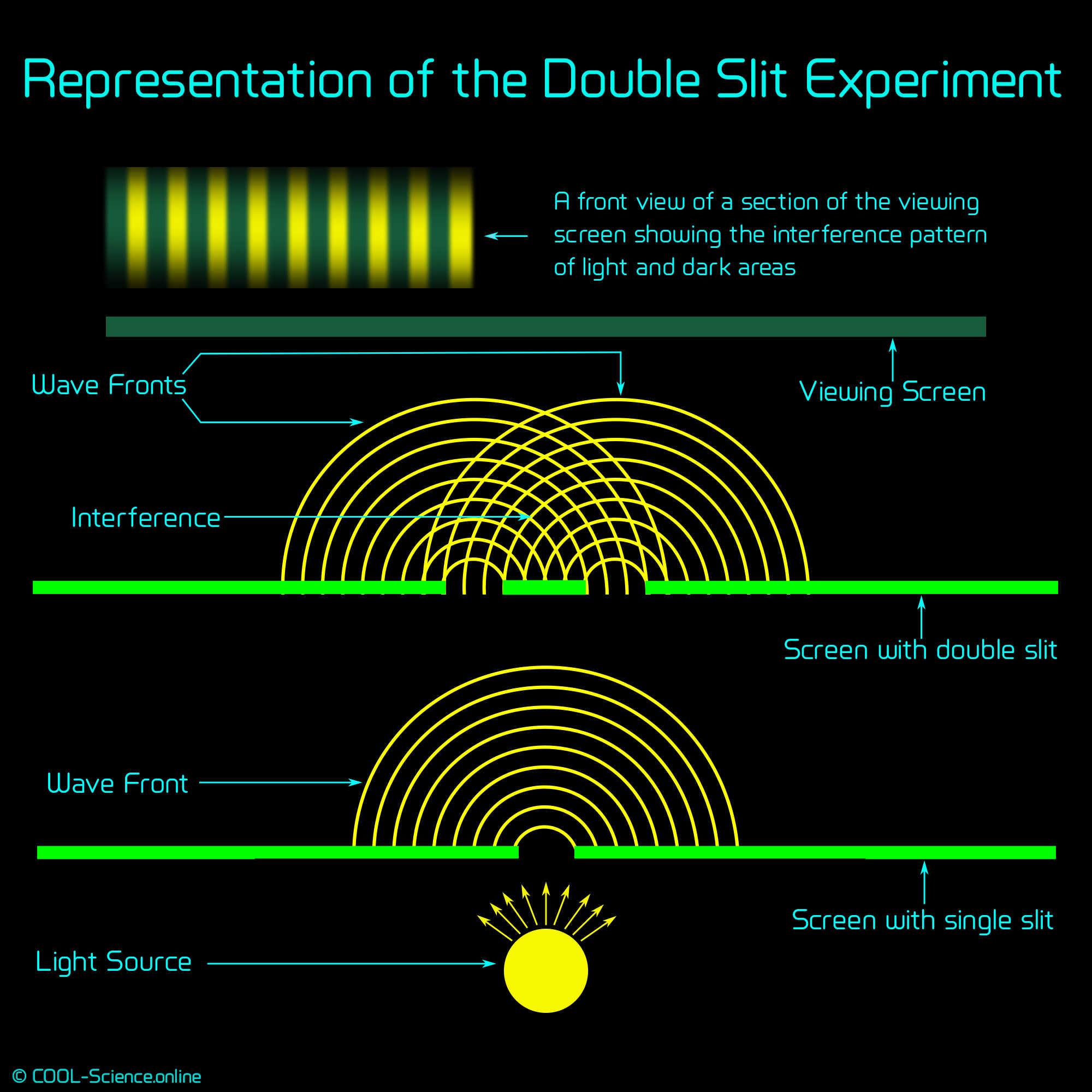 The late 19th and early 20th century saw the likes of Albert Einstein, Max Planck, Niels Bohr, Erwin Schrödinger, Louis De Broglie and others continue to experiment, research and theorise about the nature of light (alongside their many other projects!) from which Quantum Theory and Wave-Particle Duality were born.

The Wave-Particle Duality theory suggested that light has the characteristics of both particles and waves and its behaviour as one or the other depends on the way an experiment is being carried out and at which point any observations are made! It didn’t stop there, De Broglie suggested that matter also has wave-particle duality and this is when we get to the realms of quantum mechanics and some serious mathematics - way too involved for this blog!

The science of light is much more involved than our very brief snippet shows and as always we encourage you to read further.
For example: