Things that go buzz in the night!

Things that go buzz in the night! 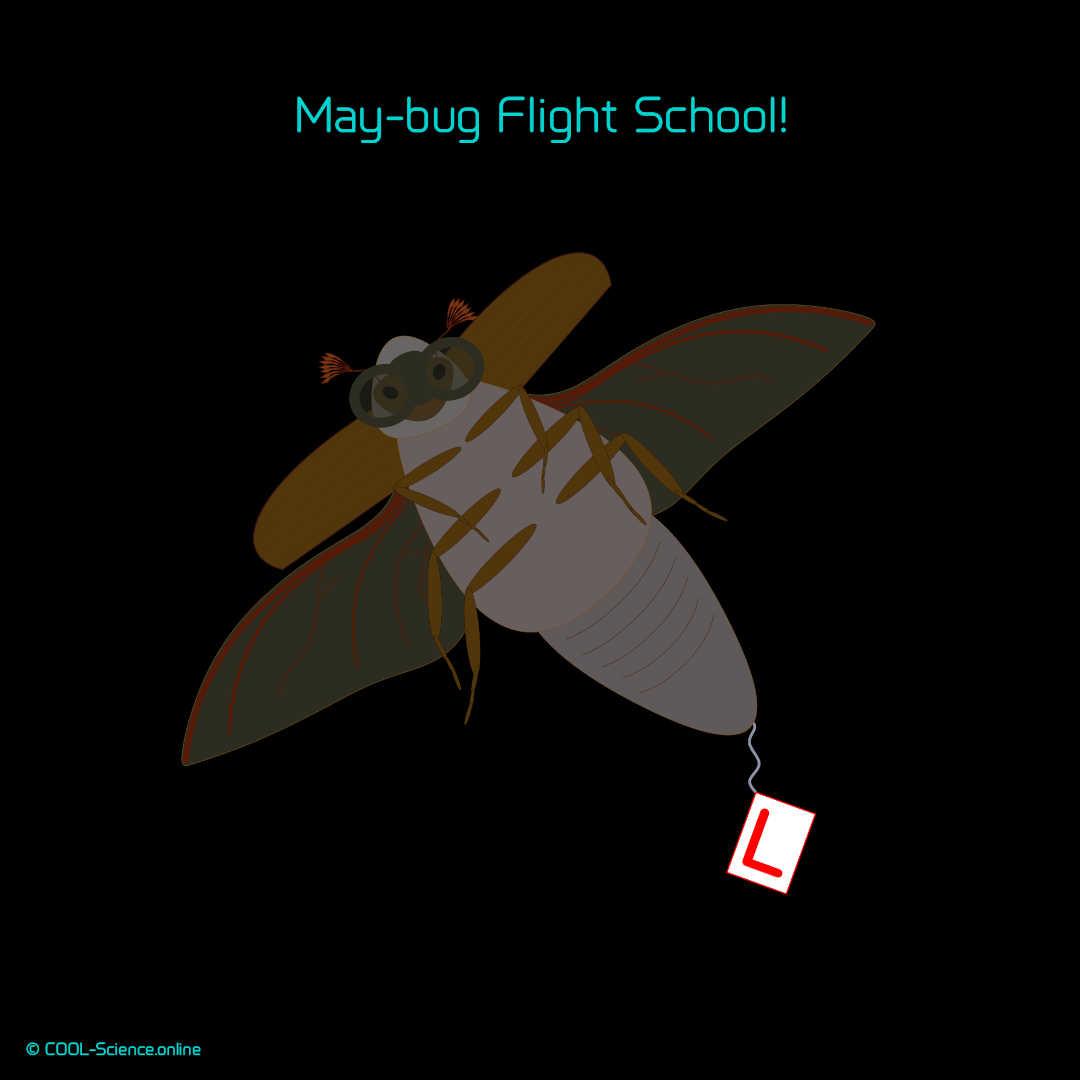 With features that wouldn't look out of place as an alien creature in a 1950s science fiction B-movie, and flying skills that involve more crash-time than flight-time the cockchafer is weird, amusing and wonderful!

Also called the May-bug, billy witch, snartlegog, spang beetle and many other colloquial names across the UK the common cockchafer obviously attracts enough attention to get itself known, as a matter of fact the name cockchafer is an old English word meaning big beetle. Their Latin name is Melolontha melolontha and they actually belong to the family Scarabaeidae better known as scarab beetles.

Cockchafers spend the majority of their life as larvae; in this stage they look like white C-shaped grubs with red-brown heads and 6 legs. The larvae live underground and feed on plant roots, they can grow as large as 4cm in length and after three or four years – if they haven’t fallen prey to the various birds that enjoy feeding on them – will pupate in autumn and develop into adult cockchafers.

The adult cockchafers spend the winter underground and emerge in the spring; they are now somewhat smaller than their larval size at 2-3cm in length and they will only live for around 5 weeks. This short time is spent feeding on leaves and looking for a mate; cockchafers fly at dusk, especially on warm evenings which is why they are often seen in May and June (that explains one of the colloquial names), but they can be seen earlier and later than this depending on when conditions are favourable.

You will often hear cockchafers before you see them as their flight makes quite a loud whirring/buzzing noise, then especially as they are attracted to light, you will more than likely see them crash into lighted windows or garden lanterns! Not surprisingly it can be a little alarming to see quite a large, loud, fuzzy looking bug coming towards you, especially when you spot the stinger-like appendage at the end of the abdomen – but there’s no need to worry at all, that appendage is just the pygidium that the females use to push their eggs into the soil.

As the larvae have such a long development period it’s more likely adult cockchafers will only be seen every three or four years, showing up in different regions on different years. We last saw them in 2019 when we shone a UV BlackLight outside and they started to crash into our glowing t-shirts! Needless to say we’re looking forward to next year with great anticipation.

Oh, and if you ever get close enough to count them, those feathery fan-like sections on the cockchafer’s antennae can indicate if it’s a male or female – males have seven sections and females six.

So keep watching, there could be cockchafers emerging somewhere near you soon! 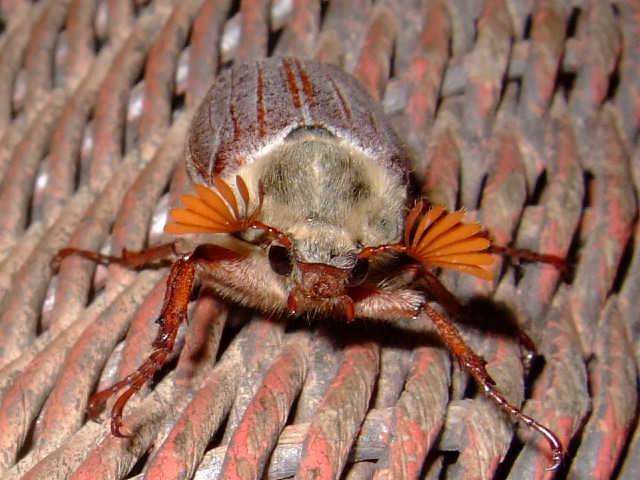 Did you know that because of their voracious appetites cockchafers were taken to court in France in 1320 for destroying crops and were sentenced to move town within three days... do you think they complied?

Did you know that people used to eat cockchafers?

Did you know that cockchafers were almost made extinct due to the excessive pesticide use of the 1970s? Thankfully these fuzzy, funny little creatures are still here to make us marvel, and laugh, at their clumsy antics!

As always we highly recommend and encourage further study of the fascinating world of insects - and don't forget our Microscopes, Bug Viewers and Magnifying Glasses can help you do just that!