What is a Magnifying Glass?

A magnifying glass is basically a lens, which is a shaped piece of transparent glass or plastic that allows light rays to pass through it.

A lens in it's simplest form can be:

How does a Magnifying Glass work?

The speed of light is determined by the medium through which it travels. The speed and sometimes direction of the light rays change when they pass from one medium into another - in this case from the air into the magnifying glass.

The refractive index of a material (medium) is a measure of the change in the speed of light of a particular wavelength as it passes from a vacuum into the material.

However the “constant” value stated as “The” refractive index of a material is determined using the specific wavelength of 589nm which is in the yellow part of the visible spectrum.

A lens produces converging or diverging light rays due to refraction: 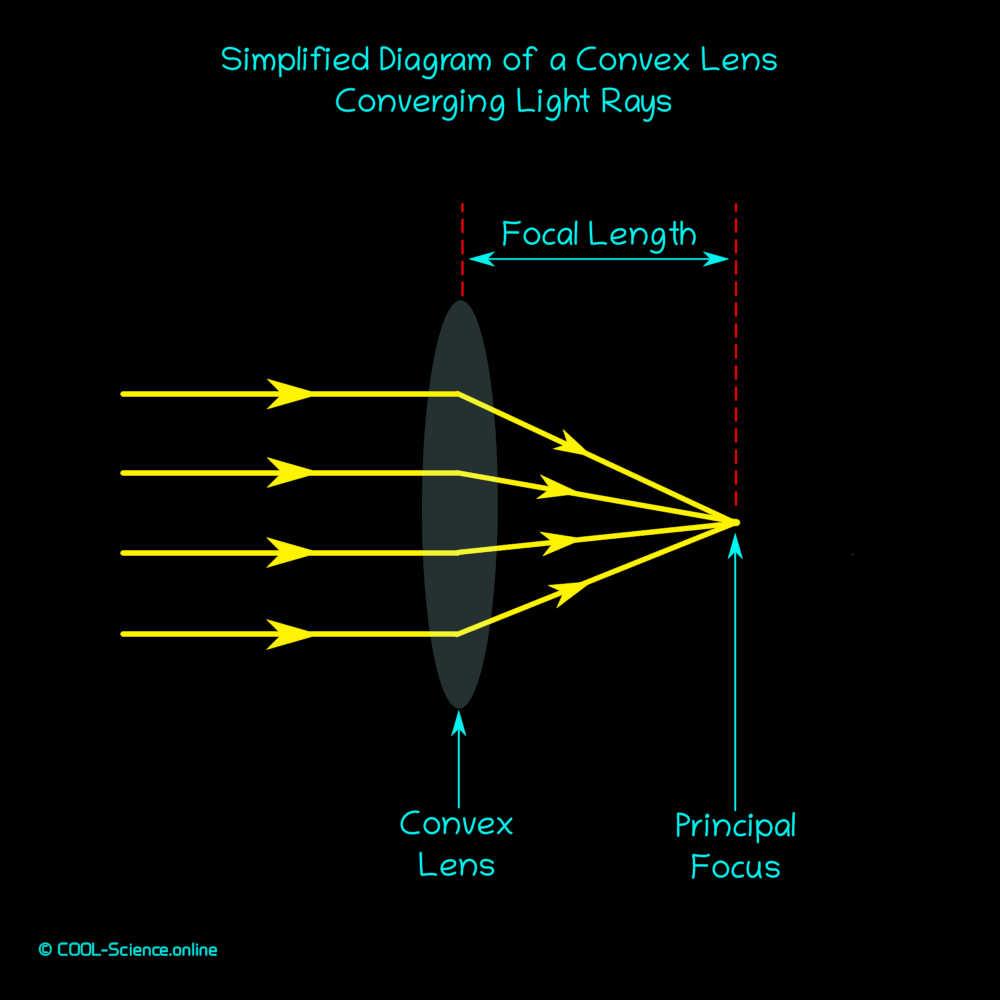 When an object is being viewed within the focal length of the lens, the light rays coming from the object are refracted by the lens, and converge.

When the converging light rays reach the eye (at principal focus) that light appears to be coming from a larger object.

The result is that you see a “virtual image” of the object which appears larger than the image your unaided eye produces – this is magnification! 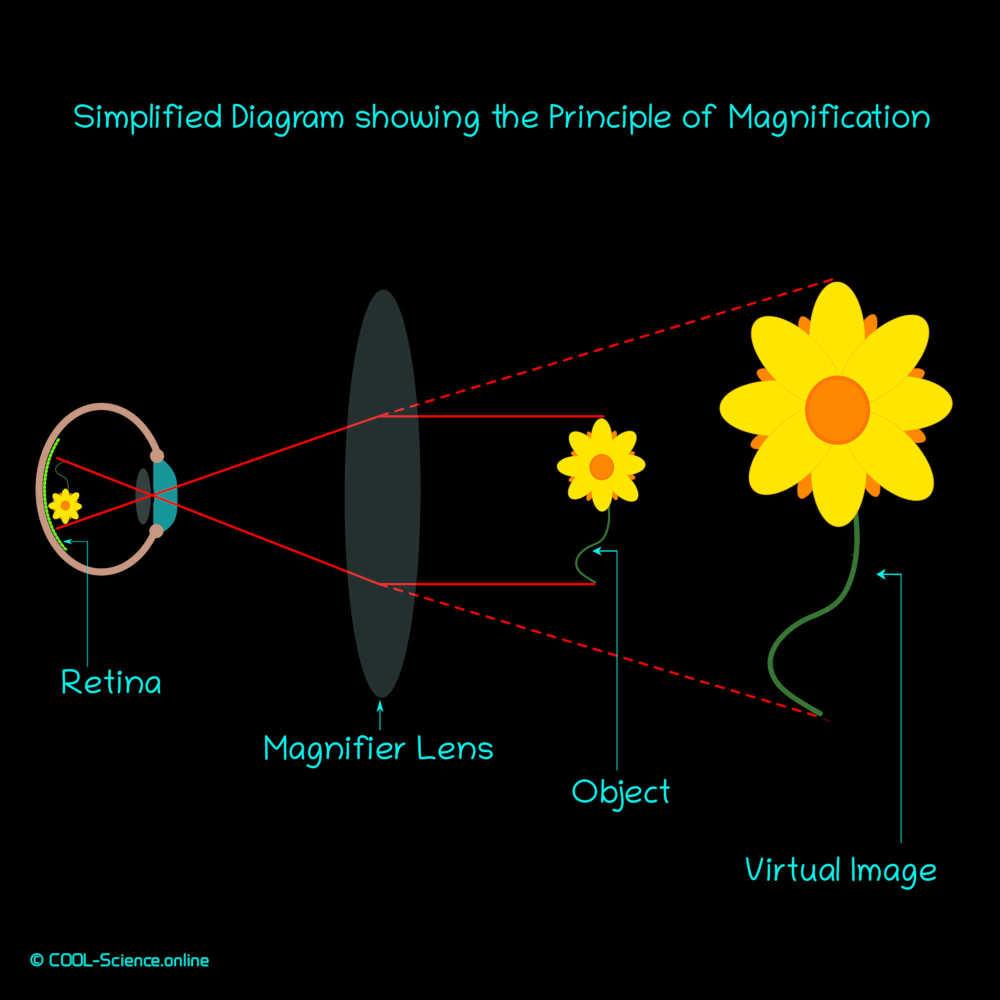 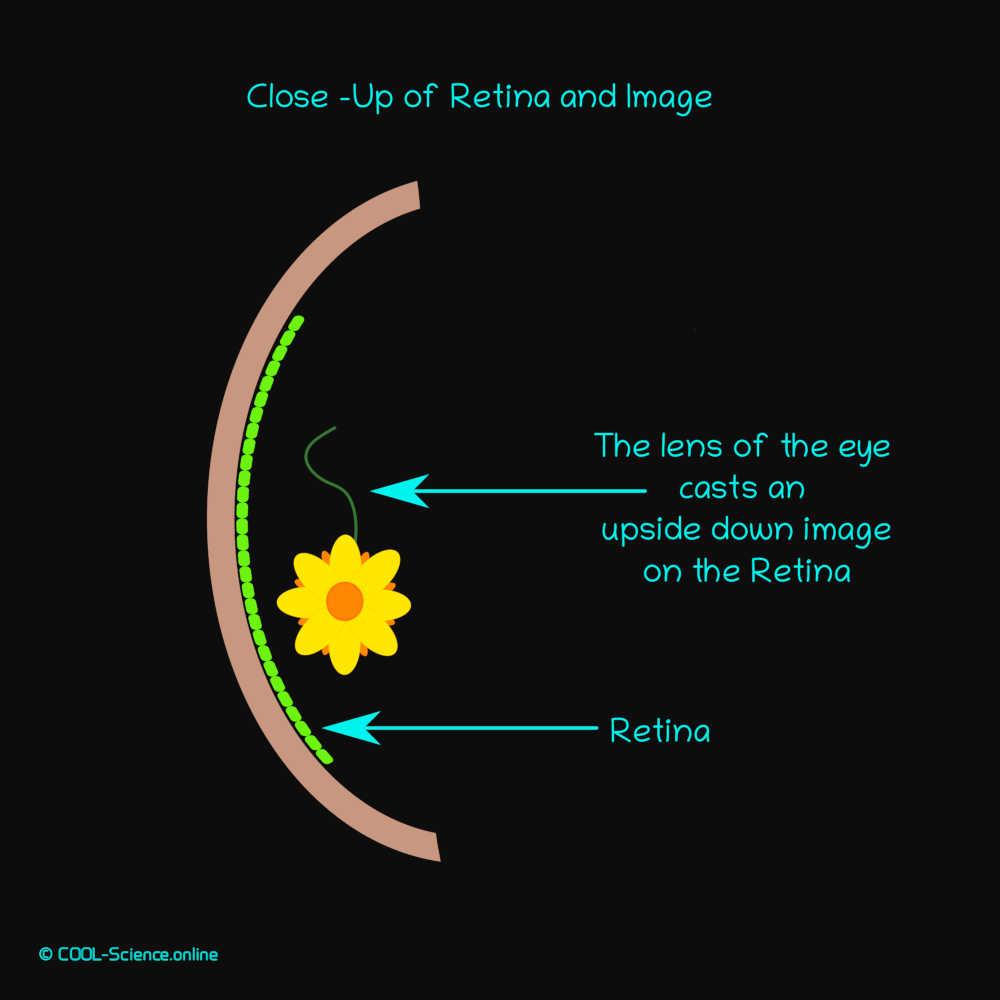 How is a Magnifying Glass used?

The magnifying glass lens is generally supported in a frame with a handle making it easy to hold, the iconic ‘Sherlock Holmes’ look! But they can also be found mounted in other formats, such as loupes, stands, magnifier lamps and more.

To get the best view of an object it is generally considered better to hold the lens as close to the eye as possible and move the object up to the front of the lens until it is in focus. However, sometimes you may need to move your eye and the lens closer to the object if it can’t be handled or moved.

Essentially the magnifying glass needs to be held at the right distance between the eye and the object for the object to be in focus and this distance can be different for each viewer.

Magnifying glasses can be used intentionally and responsibly to start a supervised fire by focussing the light from the sun. This method of using convex lenses has been known about since antiquity and they were often called burning glasses.

Because magnifying glasses refract light rays and converge them they will concentrate the sun’s light and heat energy into a small, tightly focused spot. This raises the area at the spot to extremely high temperatures capable of causing combustion of the material focussed on.

Contrary to popular thought it’s not the amount of magnification that increases the potential temperatures reached, but the size of the lens. The larger the lens the more sunlight is gathered and focussed, so the easier it is to start a fire.

This is why magnifying glasses and indeed other objects such as magnifying mirrors and some glass ornaments should never be left in a place where sunlight can shine through them and become focussed as that could possibly cause singeing, charring and even fire!

ALWAYS handle the objects being observed safely and responsibly, for example by:

If experimenting with using a magnifying glass to start a fire or burn patterns in paper or wood do so responsibly and safely:

Of course, the science around magnification, lenses, light and how the eye works is much more involved and complicated than our brief snippet shows and as always we encourage you to read further.
For example: