Many animals are able to see colour but we’re just going to stick with human ability here! How we see and interpret colour is a very complicated, but intriguing subject involving physics, chemistry, biology and psychology and this is only a very quick peek and doesn't even scratch the surface!

The way the brain responds to visual stimuli is also a major factor in colour perception and of course this is a very individual experience; which is why one person may judge an object to be red and another person judge the same object to be orange even when they are in identical lighting conditions. 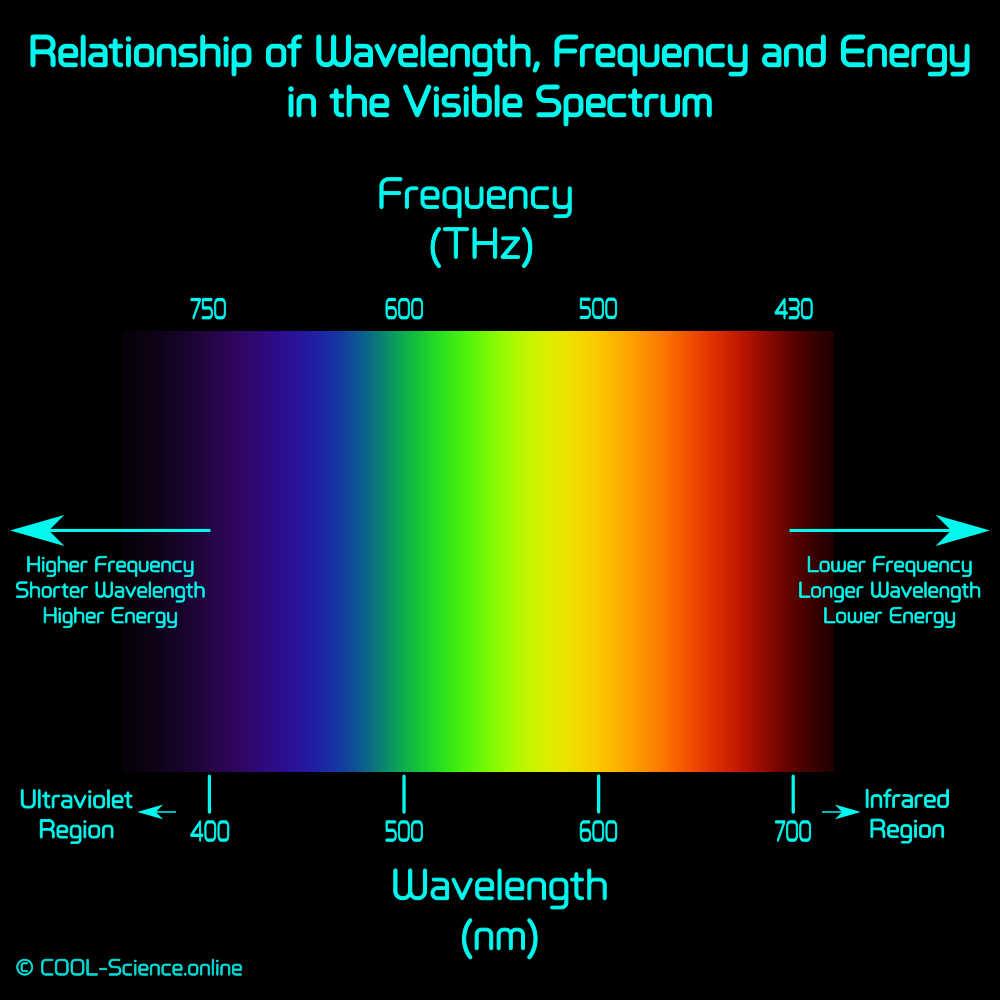 What, and where, are rods and cones?

The photoreceptor cells of the human eye, known as rods and cones due to the shape of them, are found in the retina

Rods are situated on the periphery of the retina and are very sensitive to light - even a single photon of light will cause a response! But they have only one achromatic pigment which does not allow for colour perception.

Cones are less sensitive to light than rods but contain chromatic photo-pigments allowing for colour perception. Cones are found in the central area of the retina - the fovea - where they receive images from the visual field centre.

How do they work?

There are normally 3 types of cone cells, each with a different pigment:

Signals received by the brain from the different cone types as they are stimulated allow us to perceive a range of colours. The reason the eye is more sensitive to green/yellow light than other colours is that those wavelengths stimulate the more abundant M and L cones to almost the same level. 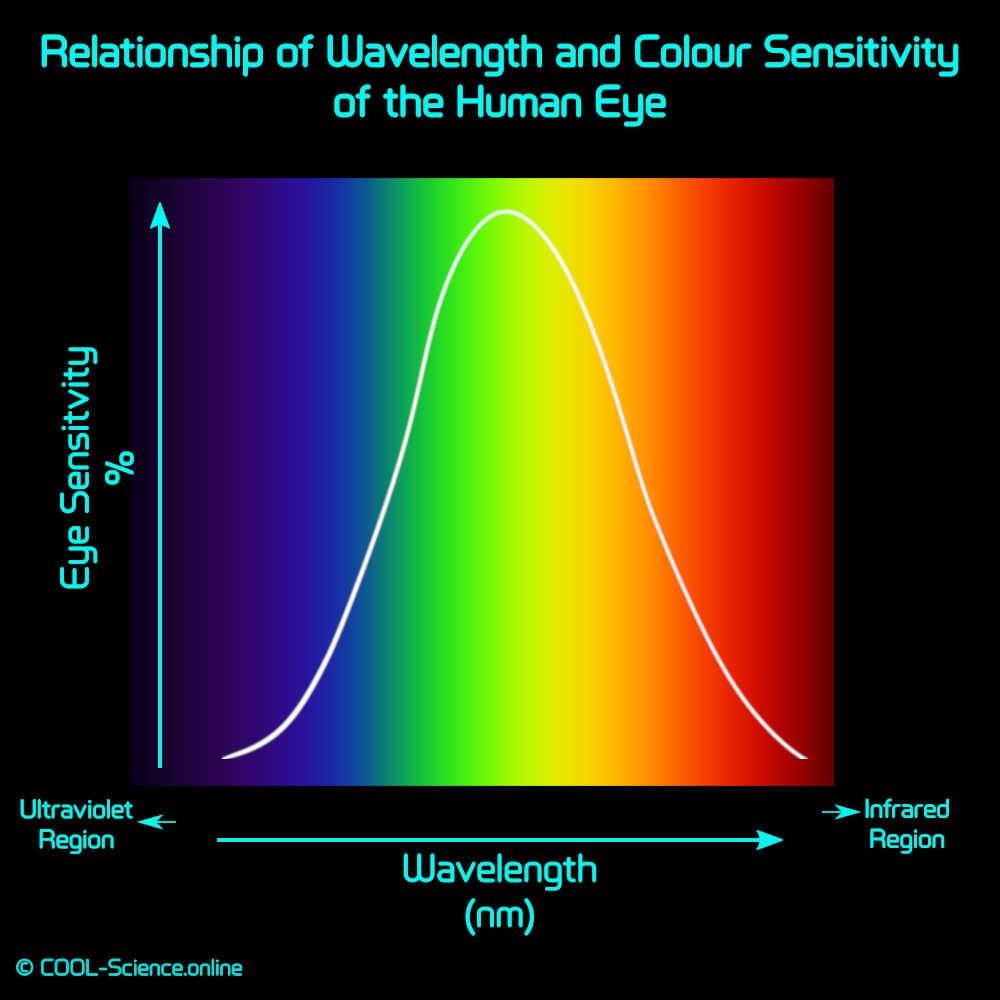 Rods and cones react differently according to ambient lighting conditions resulting in changes in colour perception between the conditions - known as the Purkinje effect or Purkinje shift.

There are states of vision named for 3 conditions of ambient lighting: 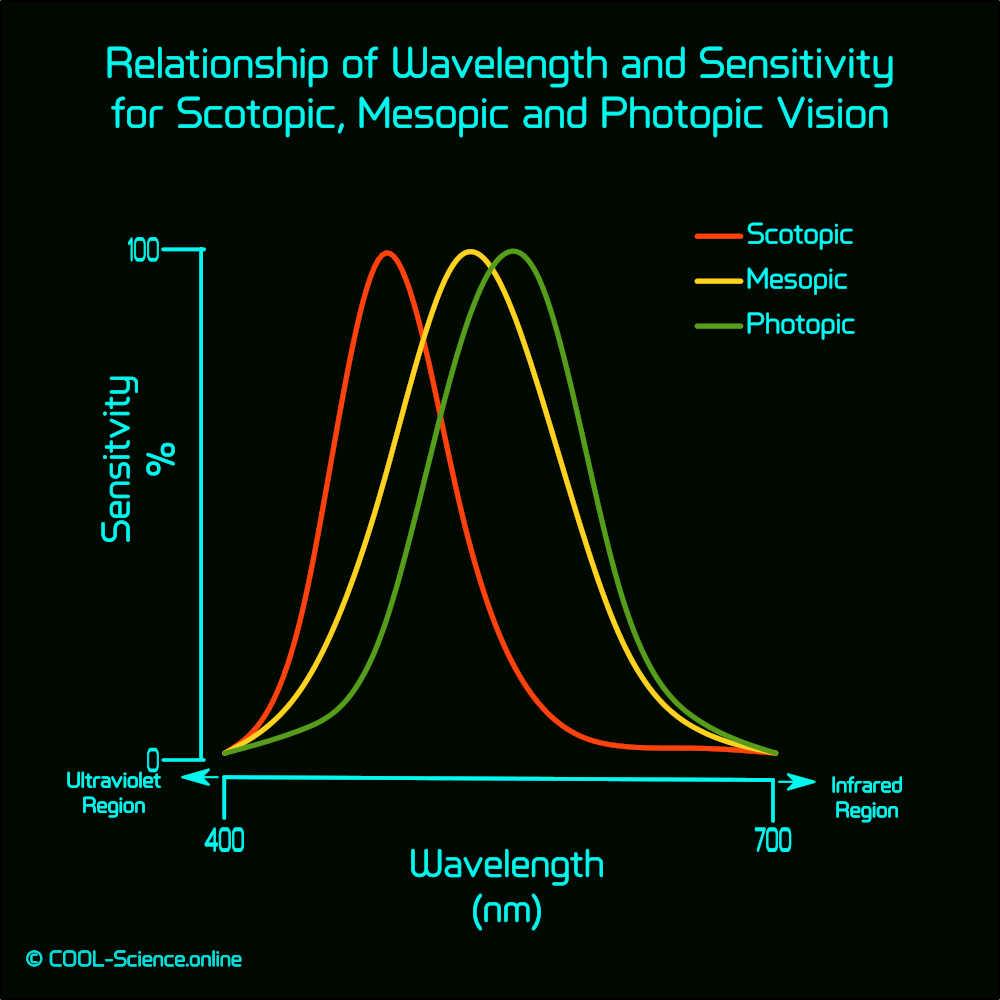 Perception of colour not only depends on vision and light, it also depends on a individual’s interpretation of what they see. So, the science of light, the physiology and chemistry of the human eye and brain, the psychology of how the brain reacts to visual stimuli and many more factors are involved.

The science around colour, light and how the eye and brain work is much more involved and complicated than our very brief snippet shows and as always we encourage you to read further.
For example: